* Disclaimer *- Post includes disturbing photos and strong personal opinions. All readers have the right to agree or disagree. I would just like to share my thoughts on this subject- 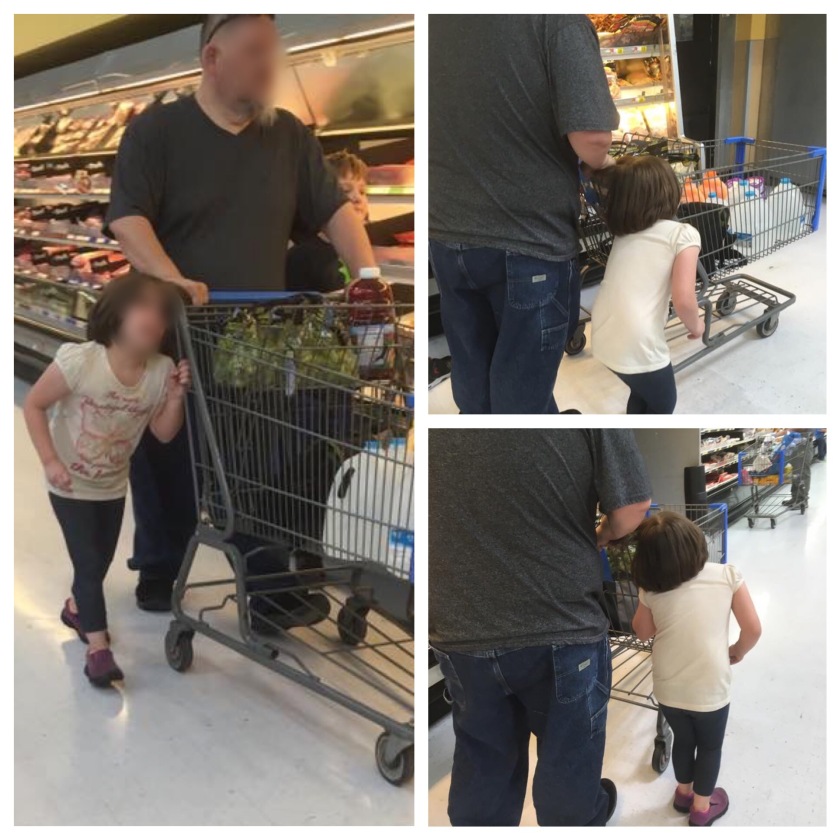 I saw this post floating around on Facebook today multiple times and it makes my stomach churn every time. A woman was shopping and saw a man dragging his daughter around by the hair while she cried and asked him to stop. The woman confronted him and he told her to mind her own business and he was free to discipline as he felt necessary. The woman called the police who showed up almost immediately and told the woman that unless there were any signs on bodily harm they could not do anything. Are we really supposed to believe that because this poor girl doesn’t show any physical signs of abuse that nothing bad is happening to her? Is seeing a girl being pulled by the hair and crying and begging him to stop not abuse?!? Is our system failing us? Is this the standard for parenting now?

I know that we are present in the “time of sensitivity”. Everyone seems to get offended at everything these days and pretty much no one can take a stand or action without being torn to shreds. I, however, do not think this is the case here. Yes, I believe children should be disciplined. I tell my child no, I raise my voice, I send him to his room, he gets swats on the butt, none of which actually cause him any real pain. When I was younger we got spanked and swatted with wooden spoons, did anyone call the cops? No. Parent’s DO have the right to discipline their children how they see fit…to a certain extent. Publicly abusing and ridiculing your child in front of a hundred or so people in a grocery store is different. I have raised my voice at my son in front of people, I have even swatted his butt in front of people. We’re people watching me? I’m sure. Did anyone judge me? Probably. Did anyone feel the need to call the police? NO. because it was discipline not abuse.

The difficult part in all of this is- where do we draw the line between discipline and abuse? Well for starters, I would say if someone calls the police on you, its probably abuse. We all have our own opinion of where the line is. In my PERSONAL opinion, anything that inflicts substantial mental or physical pain for more than a few minutes is abuse. A swat on the butt may sting for a few minutes then it’s over. There are parents out there that believe spanking a child is abuse and we are all entitled to our own opinions. I can say that I don’t think anyone would call the police if a mother spanked her child quickly in the store after they were purposely being disobedient. I also believe that constantly yelling and ridiculing a child is abuse. As parents we are here to raise our children to be good, polite, happy hardworking people. Would a child come out that way if a parent was constantly yelling at and demeaning them? No, they would grow up scared, angry, and destructive.

There is no perfect mold for parenting. Everyone is going to parent how they feel necessary, whether we agree with them or not. We will all have our opinions on where to draw the line when it comes to disciplining our children. But PLEASE, when given the opportunity, be a voice for a child who needs help.  I know it’s a sticky situation whether or not to but in; because yes, it is none of your business if my kid is screaming his head off during a tantrum and I’m ignoring him. But when you see a child being abused, crying and begging someone to stop- BE THEIR VOICE. Let them know that not all people/adults act this way, let them know that someone will stand up for them. It may be uncomfortable and awkward and you may get yelled at. But are a few awkward minutes worth standing up for a child?