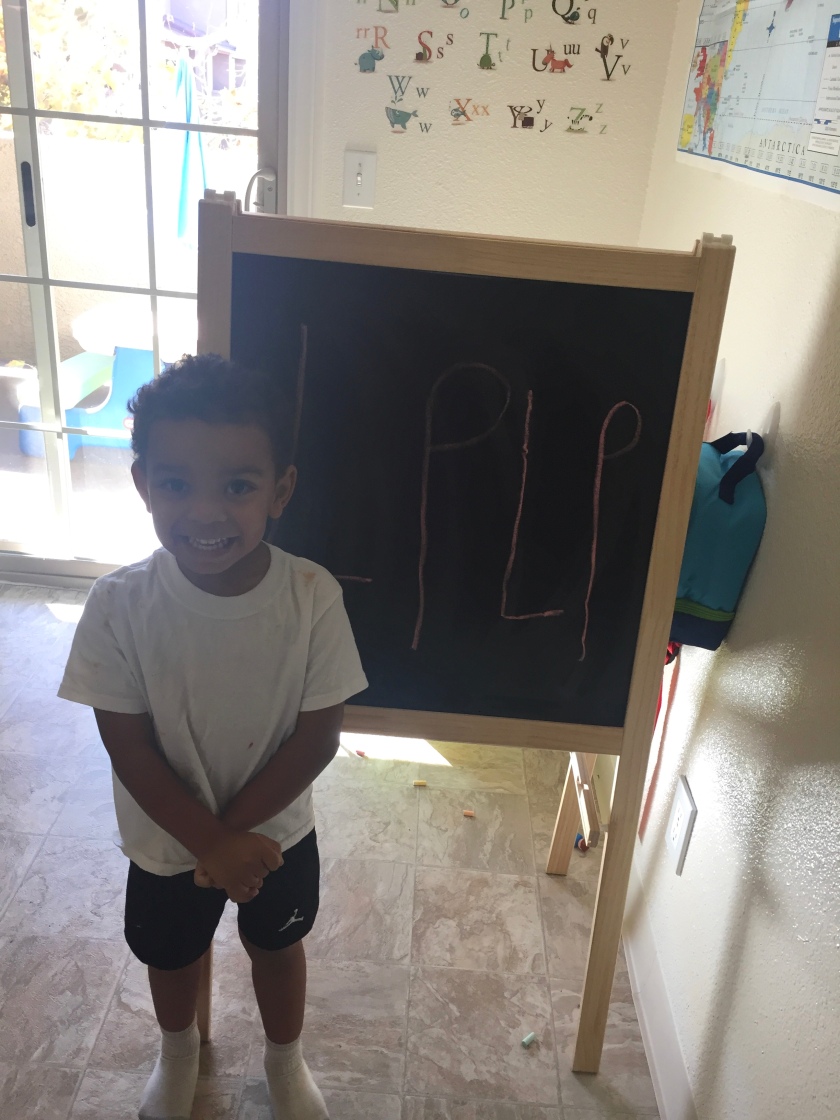 Childhood is not a competition. As parents we shouldn’t compare our children with other kids their age; of course that’s easier said than done. It’s very difficult to not compare kids when you notice all the other kids are doing something that your child isn’t. I was so proud of Eli when he was walking with a walker at 9 months. I was very happy when he quickly and easily got off the bottle at 12 months. Then he stopped talking after his first birthday, I started comparing and I’ve pretty much been comparing since.

I wasn’t just comparing his speech, though that was the main thing. I started looking at what else Eli was behind in compared to other kids I knew. This girl can sing the alphabet song, that boy just named 10 different colors, she just wrote her own name. Then I look at my son who couldn’t do any of those things. It’s not like I needed my son to be like everyone else, I didn’t need him to know these things the same time as everyone else. What I needed was for Eli to be ready for school. My biggest concern for him was that he wouldn’t catch up in time. I wanted him to have a normal childhood as much as he could despite his delays/difficulties.

It wasn’t until recently that I started to give up on comparing Eli with other kids. In the past 6 months he went from being behind on speech, fine motor skills, letters and numbers, color, etc to being able to say over 25 words conversationally (can repeat upwards of 50 different words), signs close to 30 words, knows 10 colors, can count to 5, learned about half the alphabet, and knows close to 20 animals and most of the sounds they make. It was after this big boom of his that I realized, it doesn’t matter if Eli reaches his milestones after most other kids do, what matters is that he is reaching the milestones. Some kids diagnosed with autism never speak and my son just skyrocketed his speech in only 6 months of therapy, that is something to be so proud of. I don’t care what the other kids are doing anymore, I just care that my son just wrote letters on his chalk board all by himself. Seeing the proud smile on his face afterwards is a great feeling. 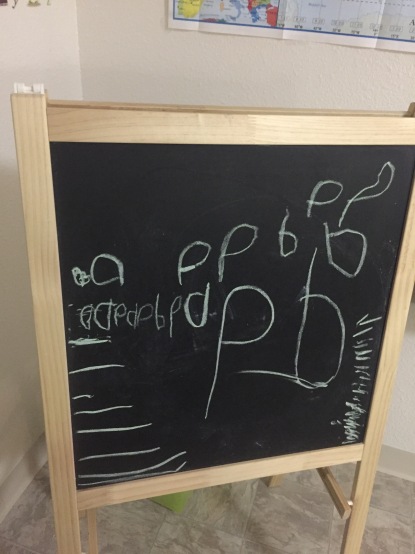