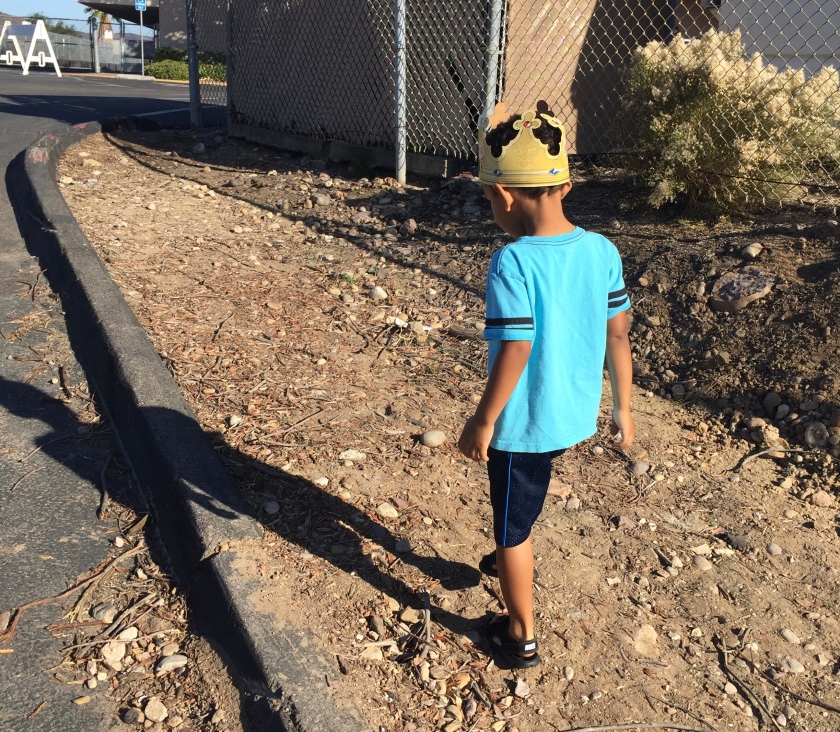 This weeks task for Eli has been the phrase, “Hi, I’m Eli”. I’ve noticed time and time again that with his lacking social skills, he is not very good at approaching others. Most kids his age don’t really care who a kid is or if he’s “weird”, they see a kid and want to play with them. A child will go up to Eli and say “Hi” and Eli just stands there awkwardly and says nothing; they’ll ask his name or some other question, and again, he stands there saying nothing. Eventually the kid will either walk away or they will just initiate a game with Eli and he will follow suite and play with them. I really want Eli to progress in the social skills department before we hit kindergarten.

He has come a long way in such a short time and it is amazing. When my husband or I walk into the room he is in, we are greeted with “Hi mommy” or “Hi daddy”. He greets his therapists when they come to the door. He very seldom says goodbye to anyone. He is very good at communicating with those of us who spend a lot of time with him; when it comes to new people he gets very nervous, shy, and quiet. I want him to feel confident enough to speak to a new person, especially when they initiate first. Thus began us learning “Hi, I’m Eli.” All of which are words that he can say individually. One of Eli’s weakest areas in his speech is vocal planning. He knows what he wants to say in his head, but when he speaks it comes out jumbled or babbled. He has to plan the words out carefully in his head before he can speak them (until he gets enough practice, then it becomes more natural). When asked to say the phrase word by word he nails it, when asked to say it all together is where he loses it.

I explained to him that when you meet someone new you say “Hi, I’m Eli” he laughs and tries it, but fumbles. There’s too many I’s in there and it comes out sounding quite silly.  Despite sounding silly, he tries it again and again. But really, this is how he learns to speak now. I will quiz him all day long, mostly casually when we’re playing games or watching tv so he doesn’t realize we’re learning. What I’m noticing now is that he WANTS to talk. He wants to learn new words and phrases. He loves being able to communicate with everyone  he knows. Meeting new people is hard, even for adults, let alone starting a conversation with them. I know that it will come with time, but for now I could hear him tell me “Hi, I’m Eli” all day long.