It’s been a busy busy busy summer. It’s been almost 2 months since my last blog. I’ve been spreading myself thin between all Eli’s therapies and appointments, working, and my own doctor appointments. Now that I’m near the end of my third trimester it is time that I dial way back on my workload. Hopefully, for the time being, my blog is back up and running!

Eli just completed his first team sport! Back in June we started soccer and I’m not going to lie I was very nervous. Eli was just starting to get out of his shell with other kids his age and he has a lot of social issues that are still underdeveloped compared to other children his age. I was nervous he was too young; the league was for 4-6 year olds and Eli was the youngest on his team.

The first couple practices were pretty iffy. Eli (for the most part) did pretty well listening to his coach and wasn’t too bad with the other kids. There were, of course, a couple run ins that led to minor tiffs but nothing unusual for this age group. First game came and I couldn’t have been proud to see him running around with the other kids! 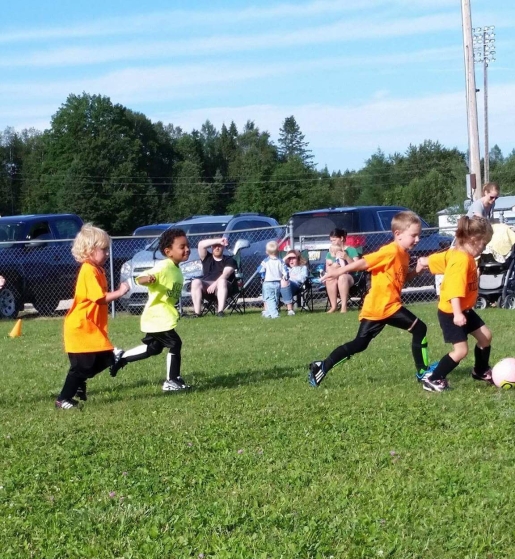 Of course there were a lot of areas for improvement but that will come with age and experience. Most of the parents, and the coach, assured me that their kids were exactly the same way their first year. Starting something new, especially a group activity can be overwhelming for any kid. Even children who have played before were quite timid and nervous during the games. Eli picked the game up quite quickly, even score a goal his second or third game!

There were a couple areas of his distractions/tantrums that I know Eli’s autism played a factor. The first being that Eli HAD to use a white ball with a red stripe to practice with. One practice we had a substitute coach who had all black balls and Eli was so upset he wouldn’t participate in practice and we ended up leaving. The first few games we got lucky with the game ball being close to what Eli preferred which made him more willing to participate. Towards the end of the season he got a little more flexible and I think our last game we even used a color ball and he didn’t raise a hair about it! With the pickiness of ball color, came possessiveness over the ball. In the game yes, but more so during practice/free time. He had to have this specific ball and when someone came and tried to take it (in a playful, non challenging way) Eli would freak out until it was back. Definitely need to work on our sharing!

It’s difficult trying to explain to other kids why Eli cries so much. A couple times I heard some of the kids questioning it. “Why does he cry like that?” “He cries like a baby!” Kids are kids, they don’t understand that other kids have difficulties. It’s hard for young kids to understand that not everyone thinks, feels, or acts like they do. I will say however that this group of kids did great with Eli. Several of the kids even tried to cheer Eli up when he was upset. It was awesome to see that. Eli did pretty well interacting with his teammates. Running around chasing his friend Ben and “flirting” with his friend Joy. 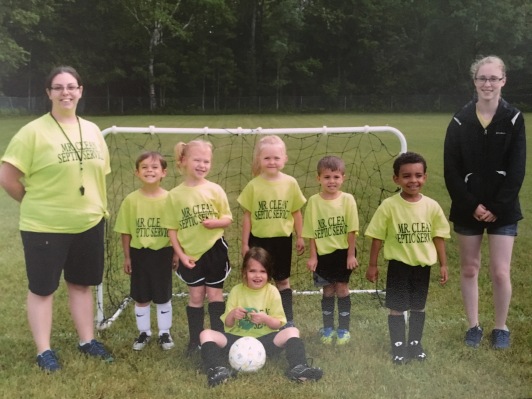 We will definitely be putting Eli into more sports when we get back to San Diego. We’d like to do more team sports like soccer and t-ball and also some one on one sports like karate or taekwondo. I feel that sports and all the socialization that comes with it will be great for Eli’s development.